The New European Bauhaus Festival, 9th -12th June 2022, is an agora for citizens, artists, politicians, and scientists to meet, discuss and inspire each other to create a sustainable, beautiful world together.

The Bauhaus was a German art school that operates from 1919 to 1933 during the Weimar republic, until the advent of Nazism. Even though the lifespan of the school was relatively short, the Bauhaus ideas and principles are still alive in Europe and beyond and represented a revolution in the world of design and European culture.

According to the Bauhaus principles, art should meet the needs of society, with no difference between form and function. Its design style was known as International Style and marked by the absence of ornamentation and harmony between function and events. it is all about products being functional and unique. Making things durable and economical while covering its essential functions.
Approximately 90 years later the foundation of the original Bauhaus, its ideas, principles, and spirit have been transposed into the XXI Century by The New European Bauhaus initiative.

“ For the European Green Deal we need law, legislation, science evidences, figures, impact assessments… but something is missing. It is the grassroot movement from the people. The New European Bauhaus is the heart and the soul of the Eu green deal. Let’s channel all the contributions in the New European Bauhaus.”

According to the New European Bauhaus, places, practices and experiences can be defined “beautiful” if they are:

For the first time ever, the New European Bauhaus spirit was celebrated through a festival featuring hundreds of online and in person events in several European cities. The beating heart of the festival was in Brussels, with over one hundred showcases and events spread throughout the city. Most events were moving across the city, with a different position every day. This was the case of Agro2Circular showcase, hosted by an electric van parked in a different spot of the city every day. 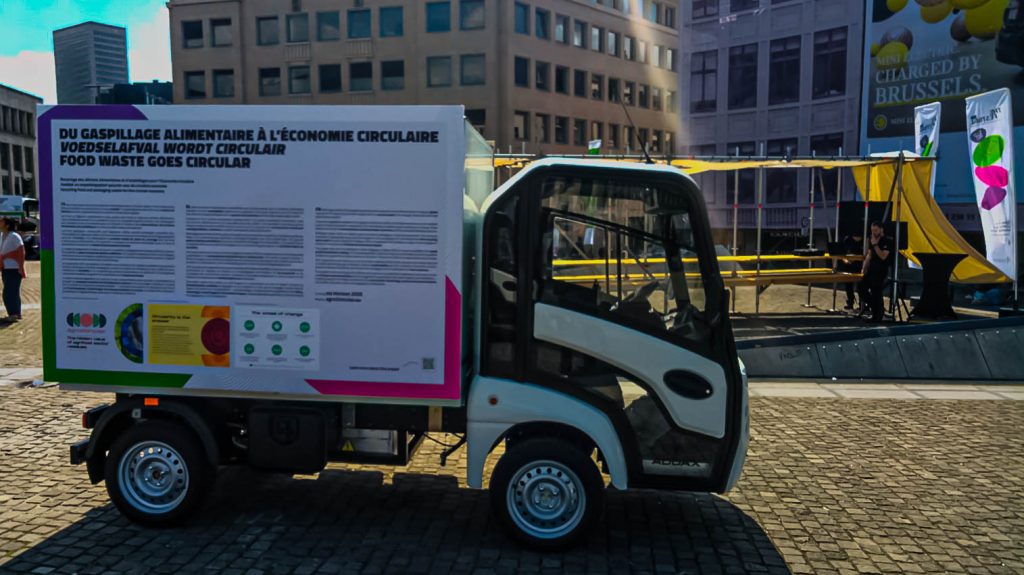 Jerome Friedrichs is a Project Manager from EURADA, one of Agro2Circular partners. He is based in Brussels and visited the fair in person, checking on Agro2Circular mobile van. On Thursday afternoon, when Jerome visited it, the van was placed strategically on top of Mont des Arts hill. 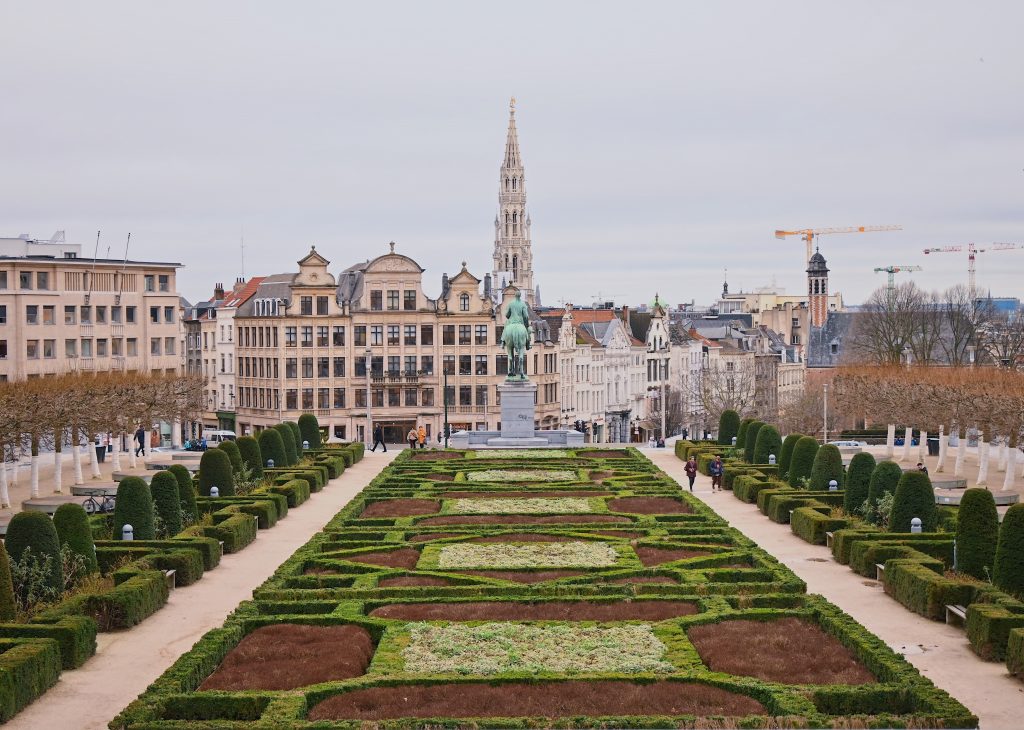 “As the name says,” Explained Jerome “Mont des Arts it is a hill in Brussels renowned for being a place for artists. There were around 40 project vans parked in the square on top of the hill, while on the roads that connect the square with Parc de Brussels there were shows and art performances.”

The location of the project vans was carefully chosen to intercept the flux of people and tourists that usually walk from the park to the city centre, going up Mont des Arts. Because of the high number of projects displayed in the square, it wasn’t easy to stand out. However, there were young people from the festival at each project’s booth, wearing a European Union T-shirt and engaging with the curious audience.

The competition between the European projects to secure themselves a place at this festival was arduous, with plenty of applications.

“It wasn’t easy for project’s proposals to be accepted at the New Bauhaus Festival. Agro2Circular should be very proud to have had the chance to be on the screen.” Commented Jerome. 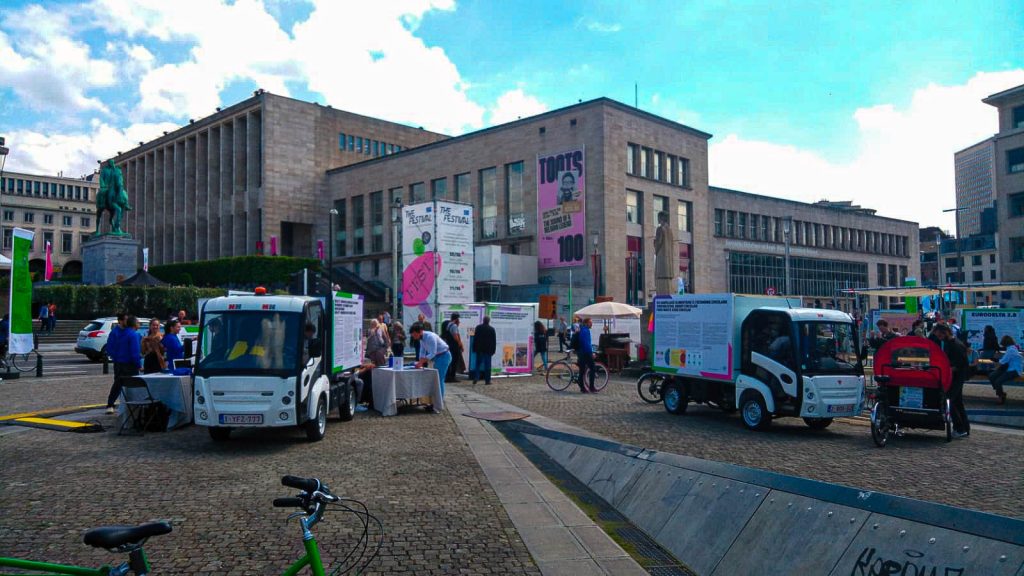 As Jerome said, “The commission pushed a lot this festival. The New Bauhaus Festival is one of the main projects of the commission led by Ursula Von der Leyen”

In a time of great challenges, such as the climate change, and geopolitical instability, with a war at the gates of Europe, an event such as the New European Bauhaus Festival, full of colours, hope for the future, art and technology may seem out of place. But it is not the case. These are the times in which efforts are needed to keep looking at the future with rationality and optimism.

As said by Francis Kéré , the architect who delivered the New Bauhaus Festival opening speech with the EU commission leader Ursula Von der Leyen, while talking about the climate change issue:

“Optimism is what we need to spread. It is not too late but we need to know about it and start to fight for it.”

Sergio from CETEC presented the project A2C in the 8th International Conference on Bio-based and Biodegradable Polymers at the University of Alicante, 14-16 November

A week of science and technology in Murcia, Spain

A new tool is born to help European Union achieve climate neutrality. It is called the European Circular Cities and Regions Initiative, and Agro2Circular is part of it

Subscribe to our newsletter and stay updated on Agro2Circular latest news.